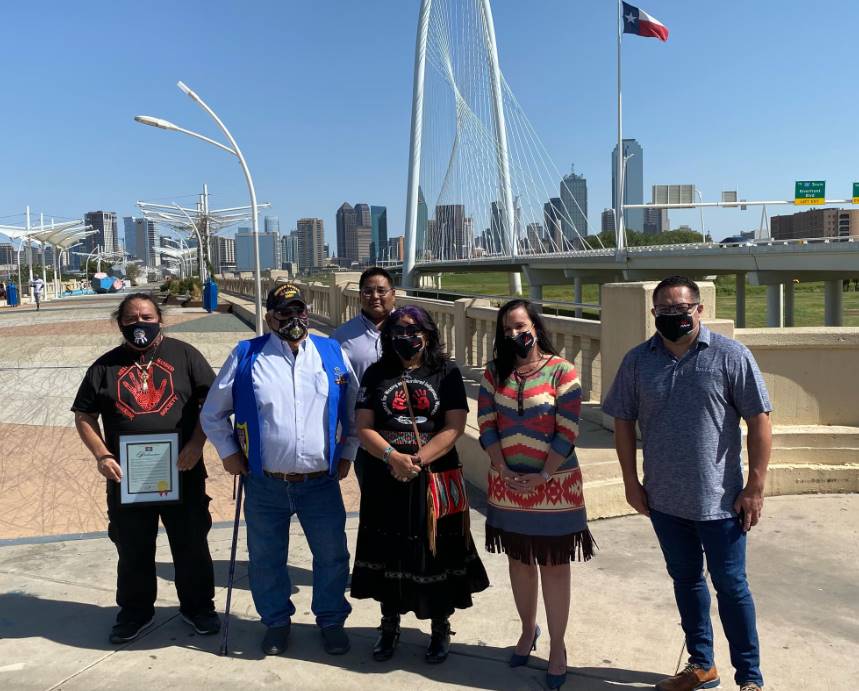 In October 2019, the Dallas City Council approved a resolution recognizing the second Monday in October as Indigenous People’s Day, replacing the date that was previously recognized as Columbus Day. Council member Omar Narvaez, District 6 was the sponsor of the resolution.

All social distancing protocols were followed. Masks were provided by ARISE Veterans Foundation through the Native American Business Association. Hand sanitizer was provided by Prolora, an American Indian owned business.

In the back is Lance Tachawwickaah, Citizen of the Comanche Nation – He did the opening and closing prayer songs.