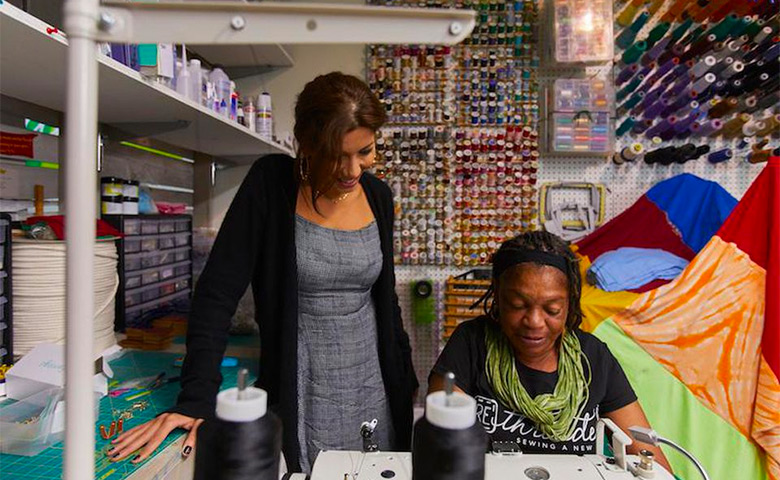 Southwest Airlines has gotten involved with a different kind of runway – a fashionable one.

The airline appeared in the January 16, 2019 episode of “Project Runway All Stars” series on Lifetime, adding a design twist to a challenge given to the show’s designer contestants. Titled “Unconventional Materials,” the episode featured the competing designers being given the 24-hour task of completing two projects.

The first was to create high-fashion air travel wear from Southwest-supplied items: among them, coffee cups, peanut packets and seat belts. The second: to craft a leather accessory out of Southwest aircraft covers.

Overall, the challenge’s purpose was to show how everyday items can be turned into something else. It also highlighted a Southwest initiative known as “Repurpose with Purpose,” which is designed to carry out that objective.

Started in 2013, “Repurpose with Purpose” involves turning discarded materials into useful products. Its sustainability mission is carried out through various partner organizations and applies three repurposing aspects: upcycle, recycle and downcycle (to repurpose an item as something of lesser value).

The winner of this episode’s challenge was contestant Irina Shabayeva, the winner of “Project Runway” Season 6 and a Brooklyn resident. The judges selected her design using aeroplane coffee cups and an aircraft seat leather clutch.

As the winning designer, Irina served as a design collaborator to Rethreaded, a women’s empowerment organization and Repurpose with Purpose partner since 2017.  Rethreaded provides assistance to survivors of human trafficking. Their employees took inspiration from Irina’s accessory — plus creations from the show’s other designers — to produce a line of accessories for sale to support their organization and future beneficiaries.

“Southwest was not a part of the judging panel, but we were impressed with all of the designs created in the episode,” explained Southwest Airlines Director Brandy King.

The designs from the episode have been moved to Southwest’s headquarters in Dallas, with select ones being on display until March 2019. After that month, the pieces will be stored and preserved.

Rob Bagshaw, one of the executive producers for “Project Runway All Stars,” explained that having Southwest involved in this episode is a nod to the current season’s universal cast.

“This season features winners from both the U.S. and internationally, so from the start we wanted to reflect travel and global issues within the content of the program,” said Bagshaw. “It was important to keep the concept of different cultures coming to New York for a fashion competition alive week after week, and partnering with an airline for a special episode helped to achieve that.”

For the episode, Bagshaw said that Southwest also provided the use of one of their airliners and helped the show’s producers secure airport access for filming.